To put an end to the irrational fears of the animals of the night, on the occasion of the next Halloween party, the Zoo des Sables organizes three afternoons ZOOLLOWEEN, Wednesday 26, Thursday 27 and Friday 28 October 2022.

As soon as the moon appears, many animals are activated ready to make you shudder. Owl, owl, wolf, tattooed, spider, coendou, aye-aye, bat… haunt our nights. But, should we really be afraid of them? By being afraid of these animals, aren’t we doing them harm?

The Zoo des Sables team offers you afternoons full of entertainment for young and old alike.

* Stuffed pumpkin meals will be served to the animals. It will be an opportunity to reveal the secrets of our boarders.

* Animation “The Secret of Spiders”. It will be an opportunity to observe these little animals that frighten us so much and to learn a little more about their manners….

* Free tasting of insects and distribution of night candy. But should we really be afraid of them? By being afraid of these animals, aren’t we doing them harm?

*  A large raffle is organized for the benefit of the Ecozoo Conservation association so that you can join them in supporting the conservation of endangered species worldwide.

The tickets are on sale directly at the ticket office of the park, from Saturday 22 October 2022, at the price of one euro coin, for the exceptional draw of Friday 28 October 2022 with a giant plush key ! 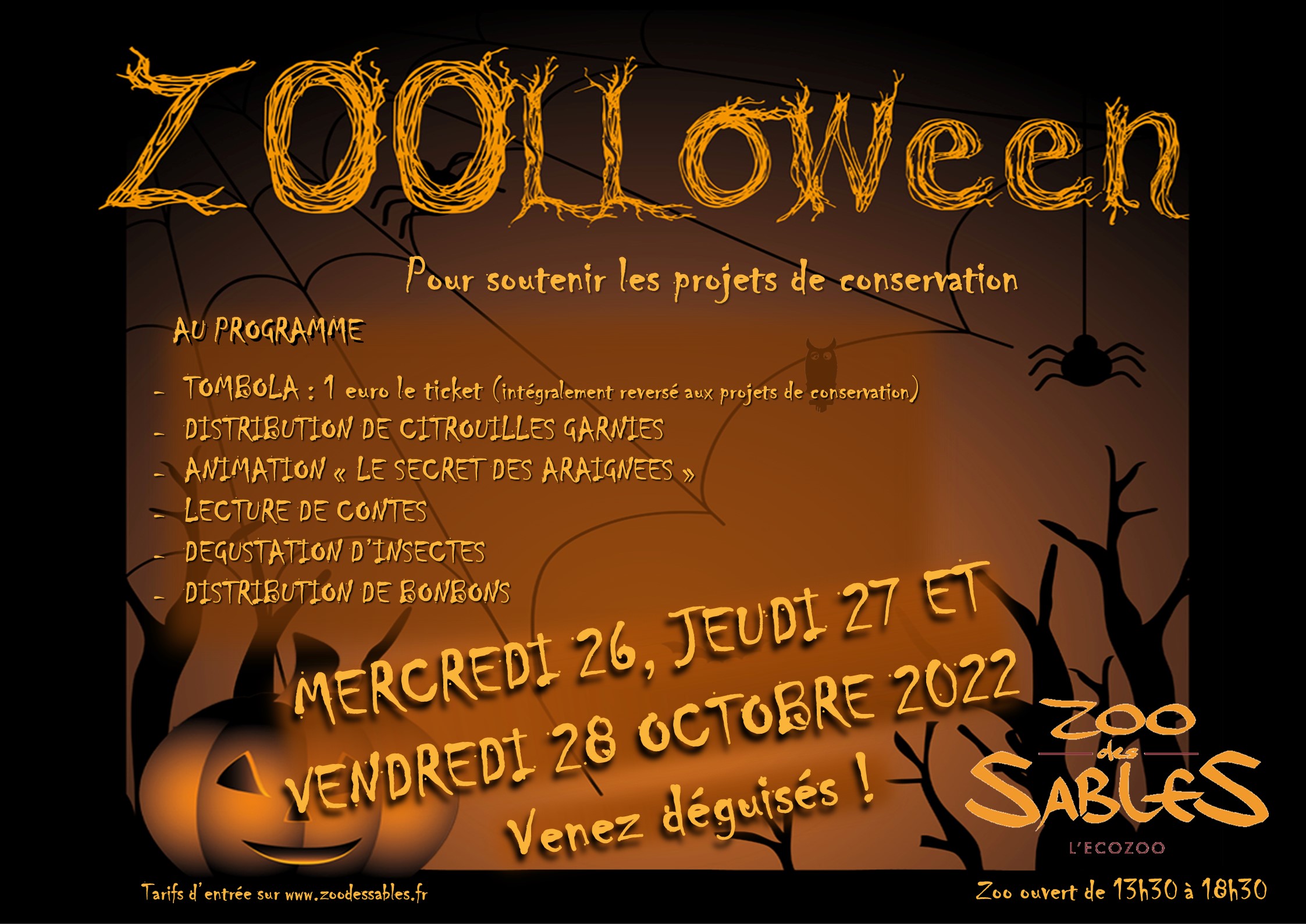